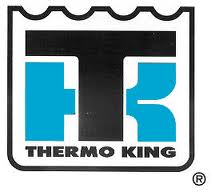 In the latest Container Owners Association Conference held in Soul, Korea on June 12-13, delegates heard an update on the refrigerant contamination crisis that has affected the global container market so dramatically. The following excerpt was released by the COA:

"It is clear that there is a much better understanding of the issues facing the industry now, than there was even 3 months ago; and more clarity of ways in which these issues can be addressed. The Conference Session included an update on the current situation and what progress has been made; an update from refrigeration machinery manufacturer Carrier Transicold; descriptions from Seaco International and Pinnacle Corp on the latest refrigerant test methods; and a review of laboratory test data.
Delegates attending the conference included many shipping lines from East Asia and other regions, service depots, leasing companies, representatives of the longshoreman’s ILWU union from the US West Coast and the Pacific Maritime Association. In addition to the Session which took place on the first afternoon of the Conference, delegates were taken by bus the following day to visit a depot for demonstrations of methods to test samples of refrigerant gas. Both days were well attended.
In reviewing the Conference Presentations, the questions from delegates during the Session, together with feedback from informal discussions outside the Conference Session, some of the
key points of the Meeting can be summarized as follows:
→ Back